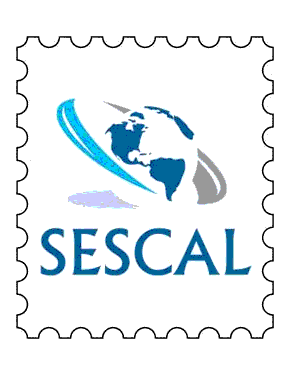 We reviewed the St. Louis show, the situation in California, the pros and cons of holding a show, and discussed alternatives such as a local bourse. It is with regret that we decided to cancel SESCAL 2020 except for the Literature Exhibit and work toward and even better SESCAL 2021.

Note: The SESCAL 2020  Literature Exhibit of Articles is presented  as a online virtual competition see https://sescal.org/literature-exhibit/.  All entries are already in the judges hands and the exhibit is closed.  New articles can not be accepted.   Awards will be posted on 3 October, the date the awards banquet was planned.

For Other History Pages Use the Links Below

For 75 years SESCAL was sponsored by The Federated Philatelic Clubs of Southern California.  In 2019 it became impossible to find volunteers to help the show as it had been run.  The Philatelic Society of Los Angeles agreed to take over the show. The 76th show in 2020 and all future shows are presented in these pages by The Philatelic Society of Los Angeles with the new logo as shown above.  Old logo on the Federation is shown to the left.

This section of the website is dedicated to the preservation of the Federation History.

The area encompassed by the Federation was almost 12,000 square miles and extended from San Luis Obispo at the north 260 miles to San Diego at the south and 90 miles to the Riverside area at the east. In 2019 the Federation has 21 member organizations.